Take Your Exclusive Seat on the
2022 NYX Game Awards Panel

NYX Game Awards has made a special effort to find a suitable panel of judges whose works exemplify the qualities of NYX. We specially sift through the all international organizations, agencies, and professionals, selecting from a wide variety of game developers, creative and game-related professionals and agencies. These judges volunteer their time and wisdom to adjudicate, serving in the jury panel as an act of love to the craft.

We are truly appreciative of all these amazing individuals whom give so much of their time and effort into being a part of something grand and spectacular. 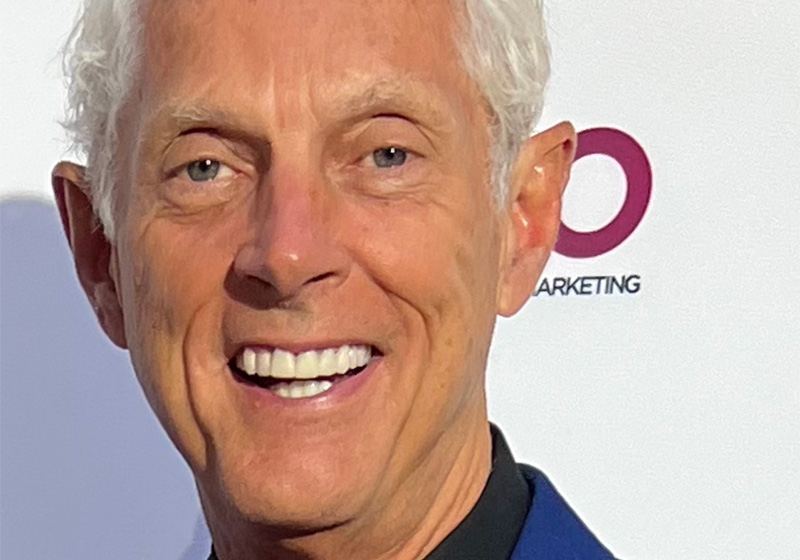 Ed Mills started his career in the gaming industry as a Co-Founder at Hitcents in Los Angeles California. There, he led the mobile gaming industry and developed his expertise in managing relationships with the very best Hollywood talent agencies and intellectual property holders for major AAA titles. His portfolio include successes such as working with Tom Hanks, Stan Lee, One Direction, Harlem shake, Jennifer Lopez, Patrick Kane and many more A-List names. Ed is also responsible for the app store-topping release of Drawastickman Epic and won countless awards the propelled Hitcents to #1 App five times.

With his test his newfound foothold in the gaming industry, Ed took up the position of Chief Executive Officer at Hero Digital Entertainment which he founded as a joint venture with Hitcents and JetSynthesis (Pune) to become a global leader in A-List celebrity and IP-branded mobile games. 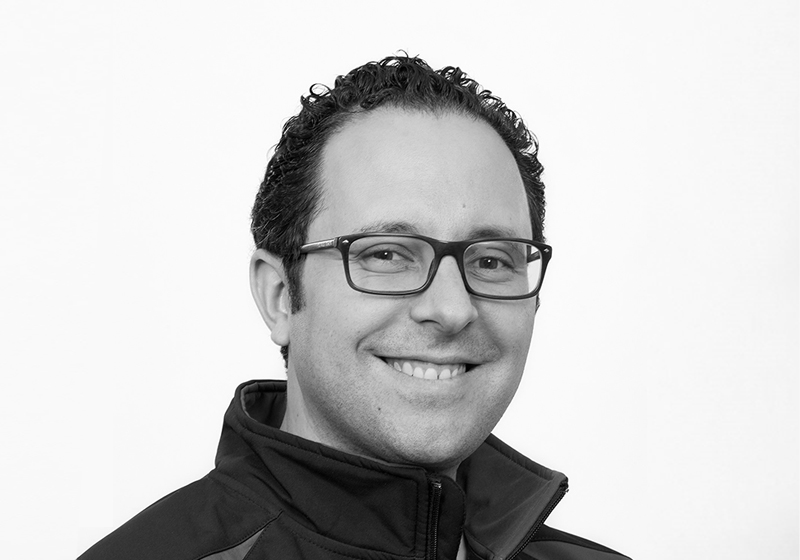 Aland, a graduate from Harvard Business School with a Masters degree in Business Administration, is currently in the marketing field of Second Dinner, a newly founded game development studio.

However, prior to this, he has had experience in the gaming industry, as he worked in various other well-known gaming companies, such as Blizzard Entertainment, where he worked on marketing the infamous game, Hearthstone, as well as Activision, where he worked on marketing the global phenomenon, Destiny, the Call of Duty series, and the Guitar Hero series. These games have made a reputation for themselves, through the help of Aland’s reputable marketing skills.

He has also depicted his passion for the gaming industry in the articles he posted, resulting in the fact that his gaming experience and expertise would lead to a judging standard that sets the bar for all other applications. 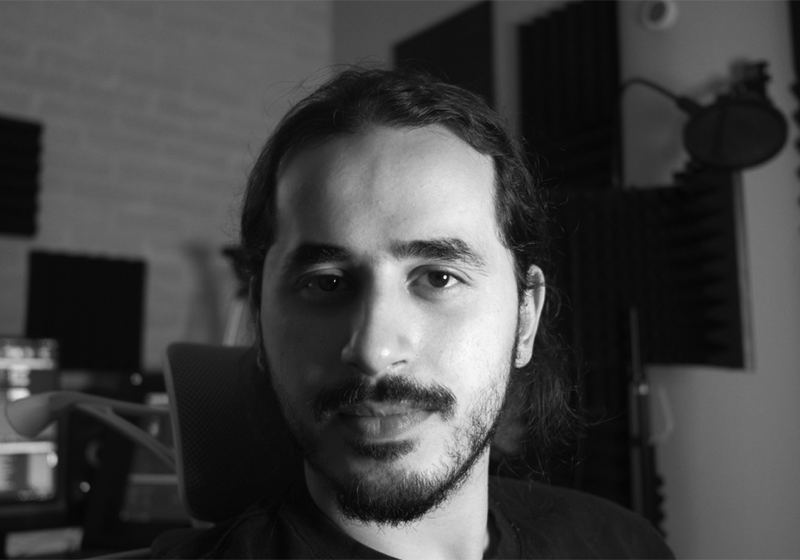 Ahmad is an unconventional game developer and studio founder. In the early stages of his career, he combined his skills in engineering, music, and construction management, to create Khosouf Studio in the United Arab Emirates. After many years of moving his career along, he is now an experienced game developer, 3D modeller, audio engineer, and an overall Jack-of-all-trades within the studio, all whilst working on upcoming international titles that are scheduled to release on PC, Xbox, PlayStation, and Nintendo Switch. 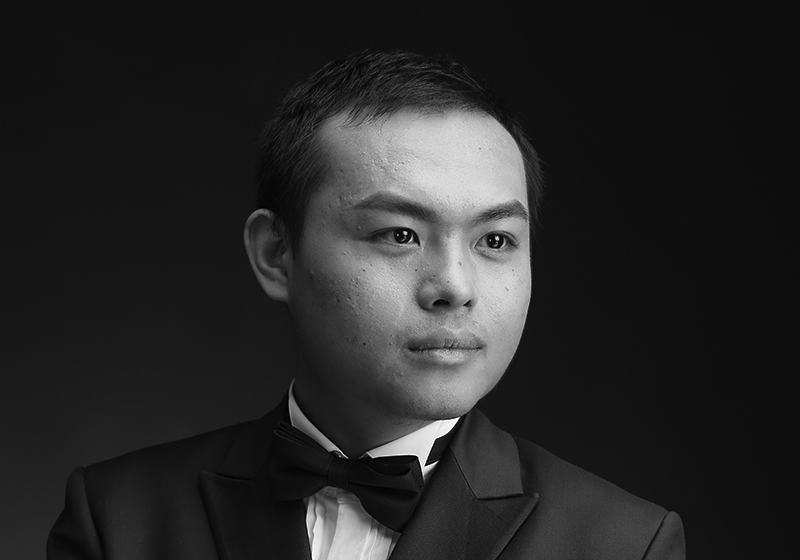 In 2015, Xianzhe Li co-founded WhisperGames with two other partners. Started as a localization provider, WhisperGames has now grown to be a leading PC and console publisher in China. Games under WhisperGames' publishing portfolio includes, and are not limited to: Disco Elysium, Wildermyth, Conan Exiles, Gamedec, CrossCode, and Bridge Constructor Portal.

Identifying amazing game titles, that has innate potential, as well as spotting highlights in game design and technical improvements, within Asia and across international waters, is his strong suit. In addition to that, he has evaluated more than 10k games throughout his career. 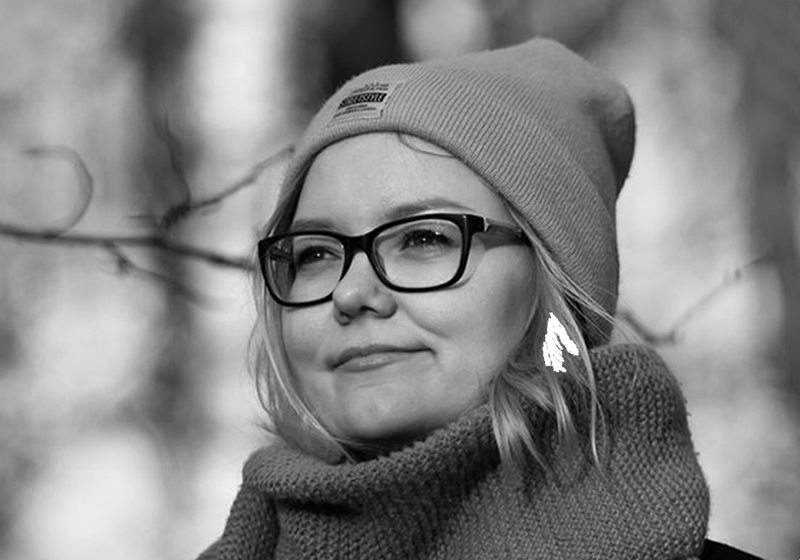 Kristi is a seasoned go-getter with an entrepreneurial spirit. She is thoroughly passionate about helping video game developers reach the success they deserve and her role as a brand ambassador, communicator, and marketer means that the game developer doesn’t have to worry about these minute details regarding promotion. She suggests that they “keep making awesome games and leave the rest to her”. As a founder and marketing manager of 360 Hydra OÜ, her role and organization is the very first marketing agency in the entire Baltic region that solely focuses on independent game developers. She finds the underdogs, the crazy, and the courageous, to take care of the marketing, so her clients don´t have to. 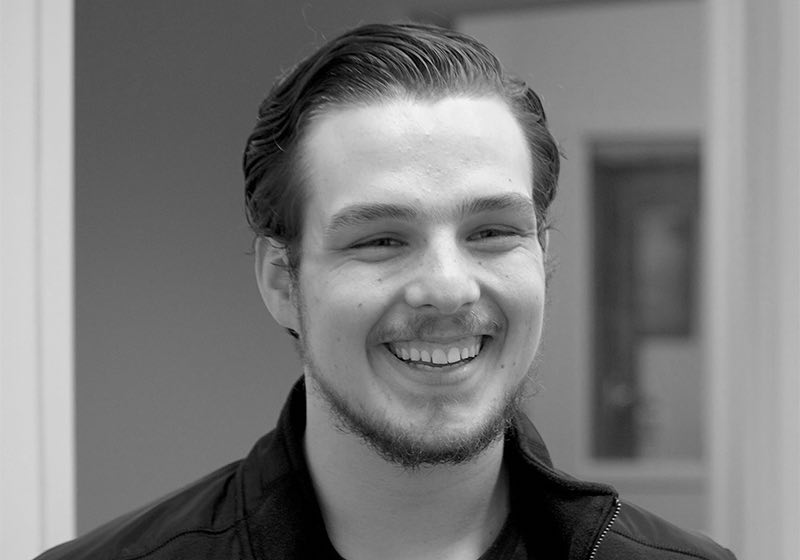 Gage Allen is the Founder, CEO, and Creative Director at Player One Trailers, a world renowned creative agency that specializes in game trailers, cinematics, TV commercials, and more for indie and AAA game developers. Allen has worked on games such as Baldur’s Gate 3, Stellaris, Pistol Whip, The Long Dark, Divinity: Original Sin 2, and many others. 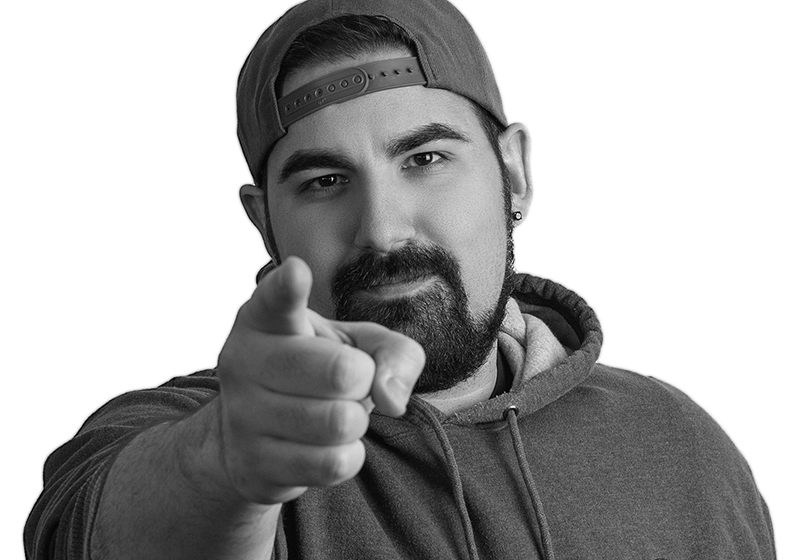 As the Co-Owner of Legacy Gaming, Cody has been creating content on YouTube for 2 years. As far as being a gamer, he has played games his entire life, starting from when he was about 6 years old, well over 20 years of gaming experience in that regard. In addition to that, he also has 8 years of brand and marketing experience working with a major media corporations. 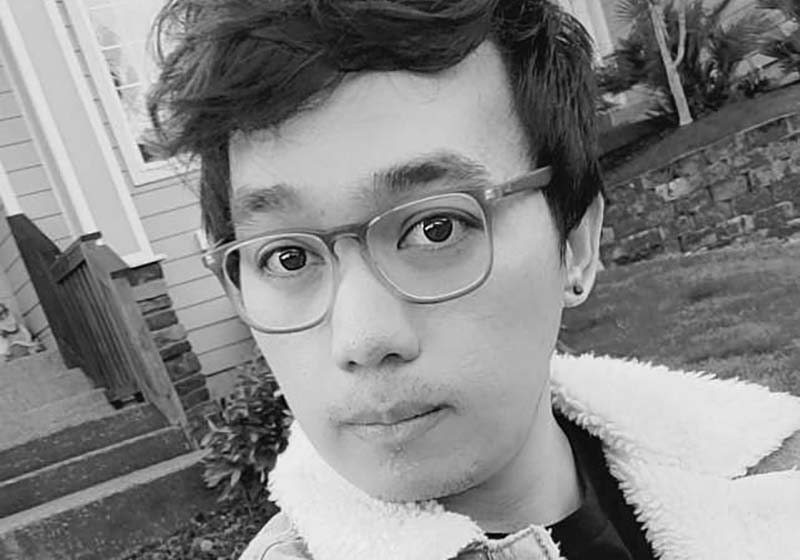 As with his initial background in QA, he had the opportunity to be involved in different disciplines of a featured game, from UI, to gameplay, and even the art direction. This ultimately increased his knowledge of both gameplay and content elements – fortifying his Producing skills.

In addition to the understanding of the ins and outs of a video game, he too has a vast knowledge of the different requirements, posed by the challenge of producing different genres of the video games. Therefore, he has the overall capabilities of being a NYX Awards judge. 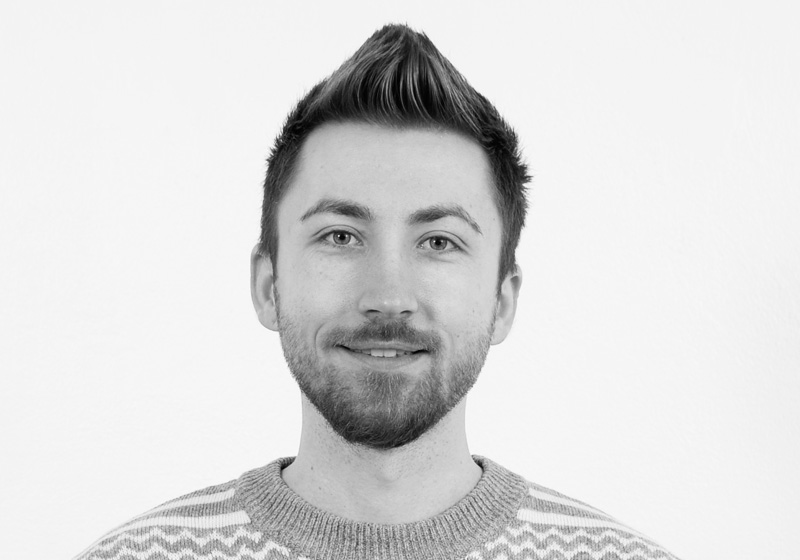 Justin Patrascu is a former full-time Java developer for Siveco and did automated testing for Mindgeek before that. All the while doing YouTube as a hobby on the weekends.

Now, Justin is doing YouTube as a full-time job and posts let's plays of several different genres ranging from sports, shooters, RPGs, strategy, action adventure and many more on his channels. 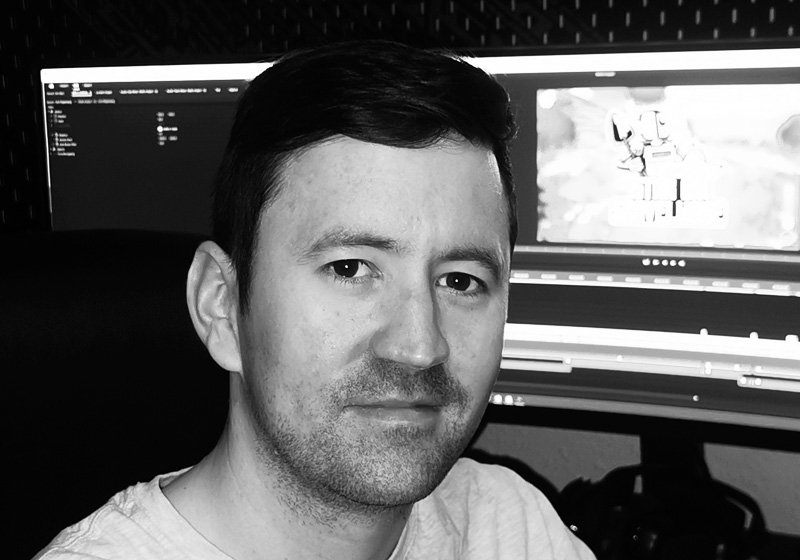 Having been an avid for as long as Luke Wild been able to walk, Luke has probably spent half of his life holed up in a pitch-black room playing one thing or another, hence his pasty white complexion.

A couple years back, however, Luke decided to channel his gaming time into something a little more productive. And thus, Stay or Shovelware was born, a YouTube channel dedicated to reviews and content for the Nintendo Switch, with a particular fondness for small indie titles and quirky games.

Luke is also known for his dead-pan humour, brutally honest opinions and aversion to asset flips. 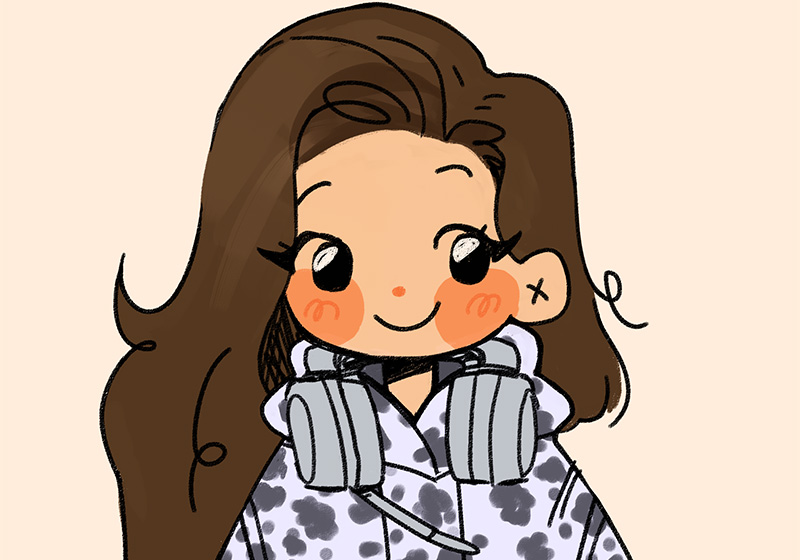 Maria has been making videos on Youtube since 2018, covering a variety of games in a essay-style format often with a focus on aesthetics.

From the camp style of Bayonetta to the Giallo-inspired experience of Haunting Ground, she shares her thoughts about the strong art design of these game worlds. She is also a freelance writer and streamer, engaging with video games and the communities surrounding them whenever she can. 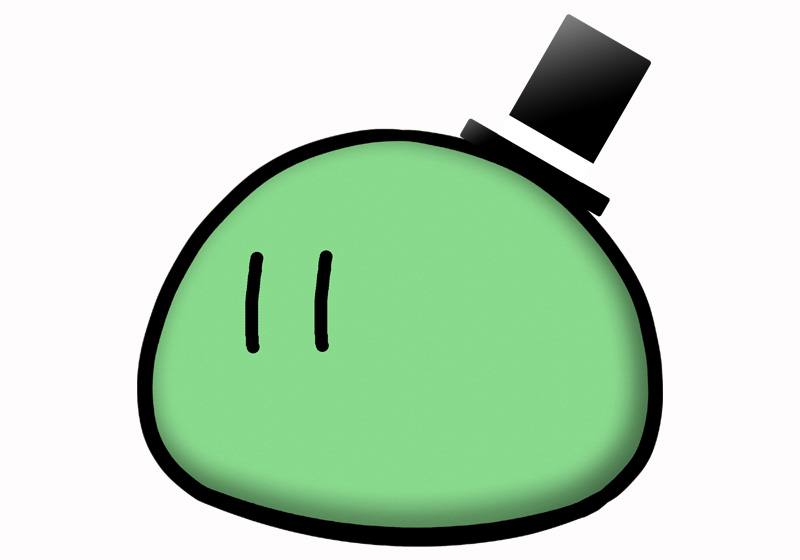 cub is a content creator and freelance writer that has been covering video games since 2013 and playing them for over twenty years.

He has been running the cublikefoot YouTube channel since 2011 and covers almost every genre, with special attention paid to PC games and especially those originating from Japan. 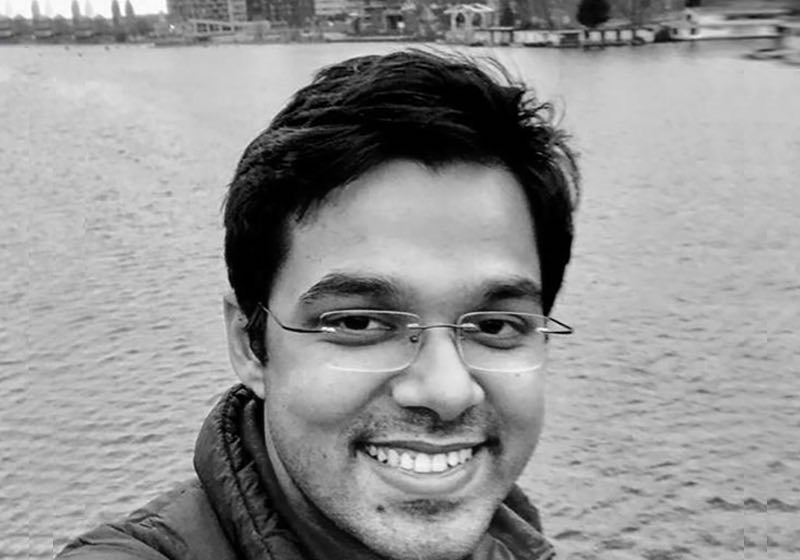 Jivitesh is on a lifelong mission to make games that help players understand themselves better. From working alone out of a tiny library in India, to working with a small, but incredibly talented, team on an Emmy award nominated game in Los Angeles, he was fortunate enough to work with some of the best minds in the gaming industry.

His Masters degree in Game Design from USC's School of Cinematic Arts empowered him to direct emotionally resonating narrative based games. Additionally, working with Tender Claws and Sony Pictures has helped him hone my craft as a game designer and developer.

Furthermore, his areas of expertise include: narrative based games, game directing, virtual beings design, experimental game design, reinforcement learning for games, games aesthetics, games and learning, narrative intelligence and systems design. This vast area of expertise brings about a wider scope of knowledge that is crucial to being a juror. 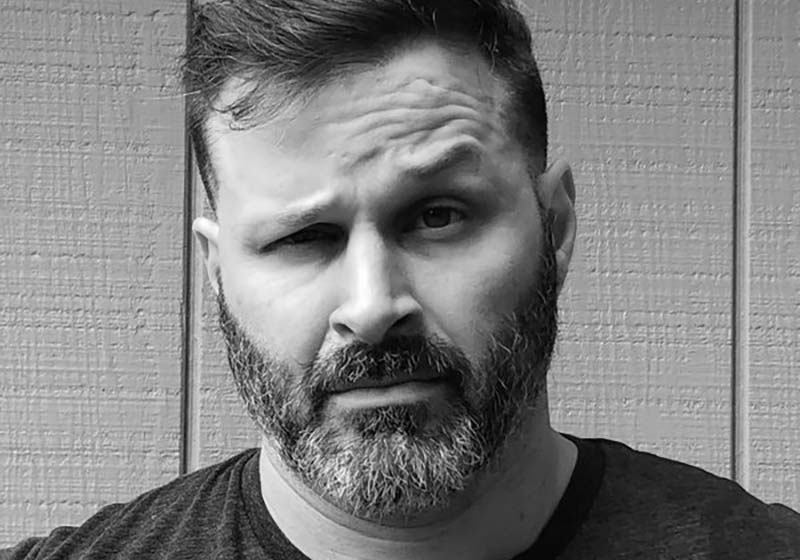 Justin Burnham started in the game industry, at the Academy of Interactive Arts & Sciences, as a project manager for D.I.C.E. Summit, back in 2007. From there, he expanded into many different roles within the gaming industry, which allowed him to learn various perspectives of game development.

Whilst he was still at AIAS, he dabbled in contract roles for QA testing, music licensing, and business development, at different contract houses, to gain more knowledge of the game space.

Eventually, he left everything behind, and brought gaming to South by Southwest, and founded SXSW Gaming. He and his team grew SXSW Gaming to become one of the fastest growing components of SXSW at the time. While still at SXSW, he wanted to keep up with the ever-evolving game space, so he decided to join on the Devolver Digital team, which he stayed for several years to come.

7 years later, whilst still serving under a role, in the publishing space, he saw an opportunity to innovate and help DreamHack expand its brand, and grow its festival presence, with Devolver Digital’s majority owned, Good Shepherd Entertainment. Not only did the brand expand locally, it also evolved into an all-encompassing, gaming lifestyle event, which eventually grew into the celebrated, DreamHack Festival.

So, with proven experience across publishing and the event space of the gaming industry, his diverse set of skills and overall knowledge on games, and how they approach the market and current trends, would definitely provide fresh content for the evaluation of the game submissions. In addition to that, he’s also a gamer that has played over 3,000 video and tabletop games, since 1987. 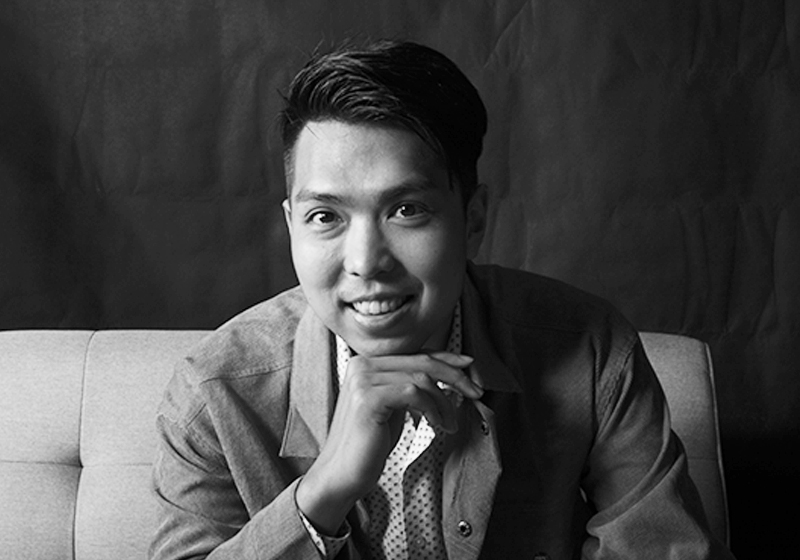 Alex is the President at Nokua International, an award-winning agency, with more than 10 years of experience in both advertising agencies and in-house teams in various roles, including design, art direction, and creative direction. As a President and Creative Director, Alex has created successful initiatives for international brands such as Walt Disney Licensee, DreamWorks Production Licensee, Herbalife, Nu Skin, Cartivia, Avon, Singapore Expo, MPH Bookstores, Garnier etc. Alex is also responsible for company strategy, creative vision, and user experience. He works directly with clients to leverage concept and idea in order to create meaningful experiences designed that inspire and improve clients' brand and peoples' lives. Alex brings his passion for design to Nokua's office by creating a work environment that fosters collaboration and personal growth, and a culture that celebrates a healthy work/play balance. With a focus on creative design, his goal is to create work that is not only beautiful to look at but produces the results a client needs.